So as you may or may not know the Republican National Convention is right here in St. Paul this week. Between Gustav and the RNC you'll be hard pressed to find any other news. Naturally in a very left-leaning twin cities metro area, there are quite a few large protest marches. The first major one being today from the state capitol down the Xcel center. While I'm not a big protester kind of guy, this sort of thing just doesn't happen very often in MN. So when my friend Kate asked if I wanted to go check out the march, I jumped at the chance. It's really sad that pretty much all the news converage focused on the couple of idiots who went out early to break things and make havoc. There were ten's of thousands of people making a great peaceful protest and the few idoits get all the press and make it look like everyone was trying to break windows and damage cars. Sad because that just wasn't the case.

Not a whole lot of bike content here, but I suspect most of my readers tend to lean left and will appreciate some pictures. Thanks to Kate for all the photos! They're roughly in chronological order from the pre-march ralley, then through the march. Click on images to make 'em big.

Nice shirt, there were a lot of good ones. 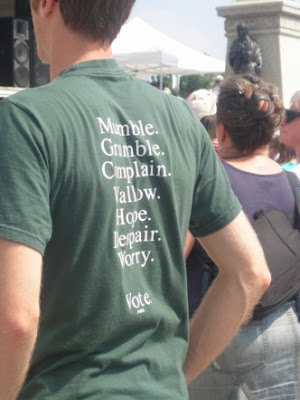 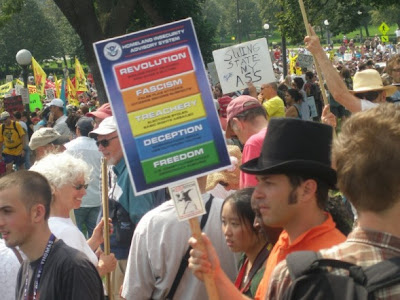 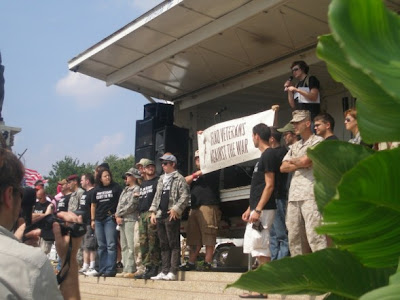 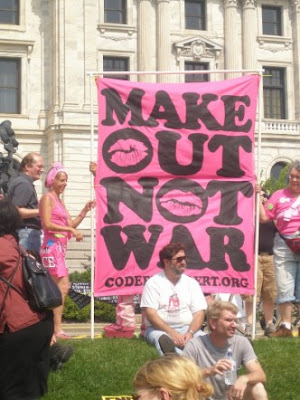 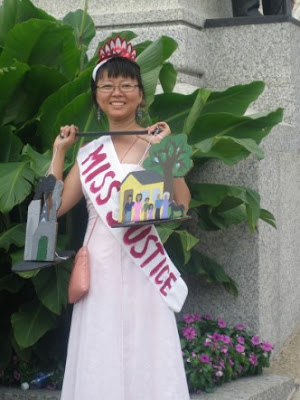 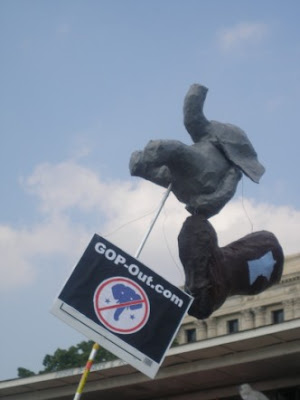 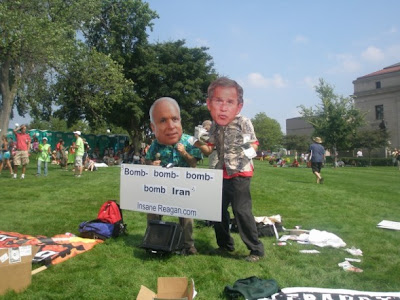 protestors of all ages 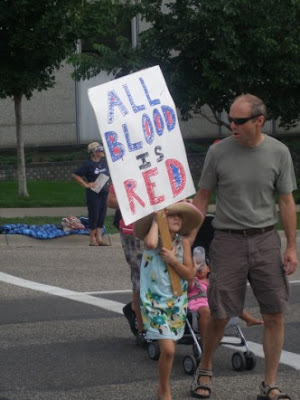 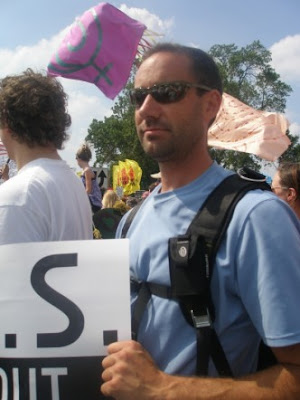 The march starts, it's truly a sea of people 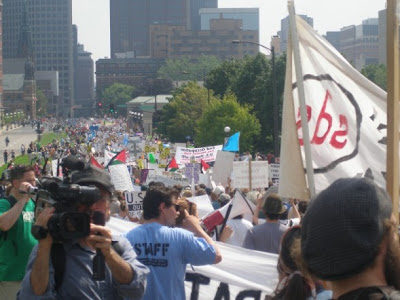 We though we were in about the middle of the crowd, but later realized we were probably in the front 1/4, there were just a ton of people behind us. 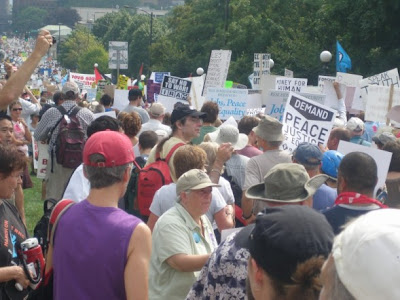 More bike cops than I imagines MN coupld possibly have. All on pretty lame bikes, but all treated us well and with respect. Thanks guys and gals in blue. 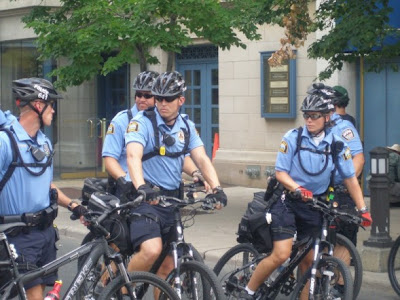 The riot cops and "MN peace team" working together. The riot gear really does make these guys look imtimadating. 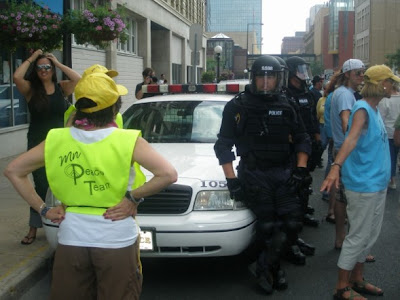 lots and lots of riot cops. I found it ironic that they were all lined up in front of the Children's Museum main entrance. Watch out kids! I feel sorry for all these people having to be out in all that gear all day in the 90 degree heat. 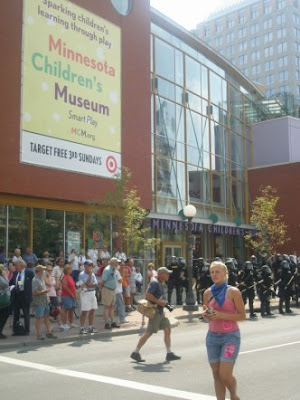 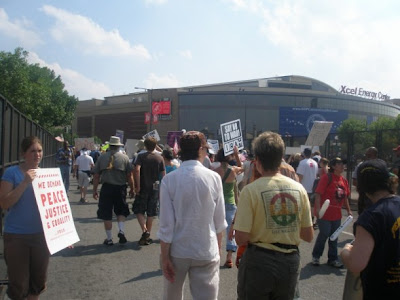 Appearently CNN took over the Eagle St. Grill and literally made it there own. New signage, bus and lots o neon in the windows. odd. 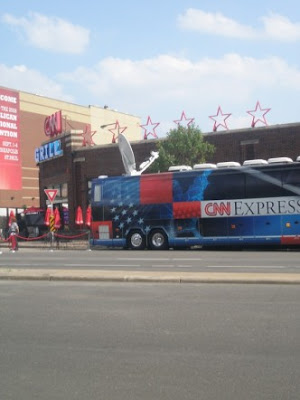 Only tandem I saw, had to lock 'er up to the freedom fence. They put up all this steel fencing to keep people out of the area of the convention. 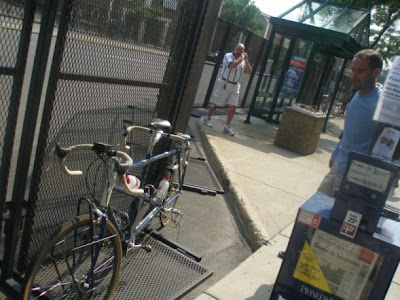 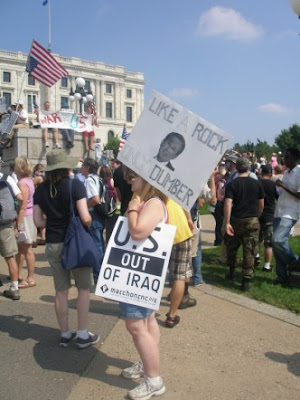 I hope to get out more this week just to do some people watching. Hanging out at the Liffey after the march we saw some "unique" people. Can't wait to see more. I'll bring the camera. I'd like to get some shots of the ridiculous coast-guard patrols out on the Mississippi, literally machine guns mounted front and back ready to kill the terrorists! seems like overkill to me, but what do I know.

thanks for coming out to support our convention, Bob!