back in town, shippin stuff out. 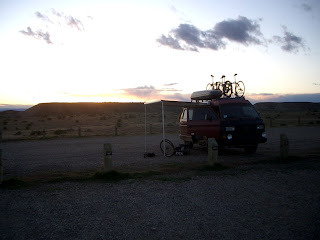 Another successful Fruita Fat Tire Festival. I don't have a whole lot of pics, simply because I didn't take many. One of those things, when you've been to a place a few times already I just never seem to take pictures. But here's how things pretty much looked all week. Hippie van with the awning out, usually 3 tired people sitting under it and lots o bikes on the top and back of the van. 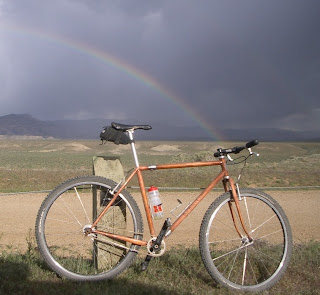 This was sunset at 18 Road early in the week before the crowds appeared.

There were scattered storms around that whole day. As the evening came on, it got sunny at the parking lot, but was raining pretty hard about 1 mile east of us, creating this great rainbow.
This pic pretty much characterizes the weather the first 3 days, scattered heavy rain, but not a washout. Then the skies cleared we had sunshine the rest of the week.

Lots of riding, usually 2 big rides per day followed by lots of eating and drinking. We hooked up with one of the mechanics (Fish) at The Edge Bike shop for a ride one day and quickly made a few new good friends. Andy from the Hot Tomato joined us and led us on an epic day of riding out at Rabbit Valley. Ended up camping at Fish's place the next three nights and partying at Andy and Jen's place each night. All around great folks, can't wait to see them again next year.

I'll write up more of a report later when I have more time and get some of the pics from the others that were out there.

Back in St. Paul things have been hoppin. I made the sprint for the finish line this week, building wheels and assembling the tandem just in time for it to arrive on the new owner's 50th Birthday. It all came together in a spectacular finished package: (click for big) 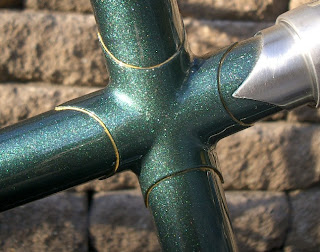 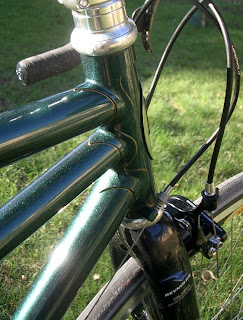 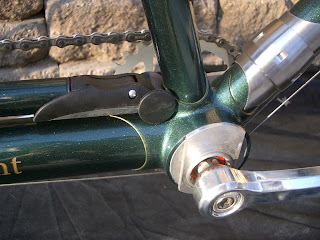 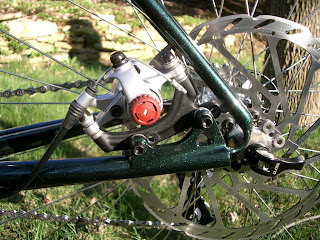 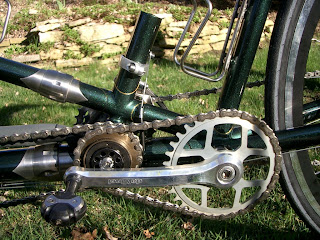 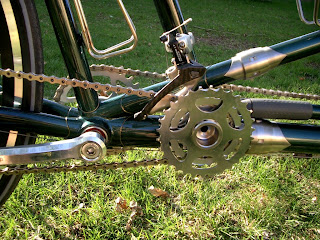 This was really a "spared no expense" bike. Campy Record Drive train, Davinci cranks, Phill BB's, King Wheels, you get the idea. Hopefully these pictures help clarify some of the questions I got after the last round of pictures about what the third BB shell was for. It's the key to the Davinci Drive, which allows each rider to coast independently. It's a pretty neat idea, but a lot of work to make, especially when you're building a fully lugged tandem. I'm thrilled with how it all came out and I hope the new owner is equally thrilled!

This one was without a doubt the most complicated frame I have ever constructed simply because of all the lugwork that had to be made for the Davinci drive. But it's truly one of a kind and I think that's what the owner was shooting for.

Bob, that really is an amazing tandem!

Only a select few of us will understand what goes into such a thing. Keep up the good work!

Great combination of craftsmanship and artistry!
Figure it's in the 10K+ range for price . . . a real great investment in a couple's health (much cheaper than a heart-bypass)!
Rudy and Kay/zonatandem

Great combination of craftsmanship and artistry!
Figure it's in the 10K+ range for price . . . a real great investment in a couple's health (much cheaper than a heart-bypass)!
Rudy and Kay/zonatandem