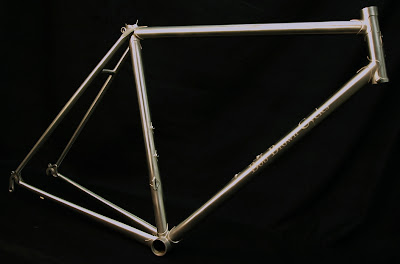 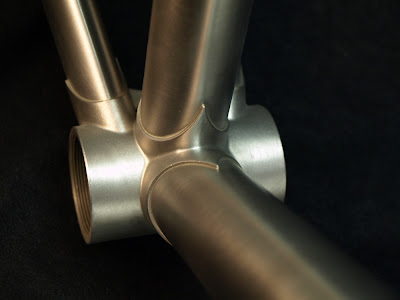 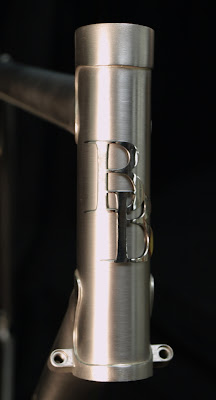 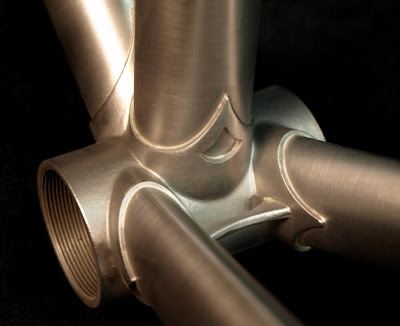 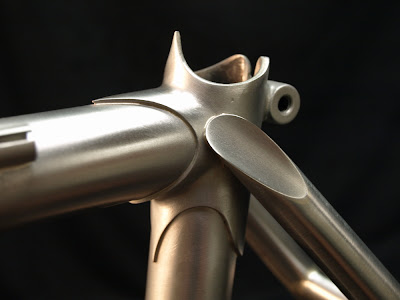 The scalloped seatstays are very difficult to pull off cleanly in stainless, but man does it look good! Mini-six lugs on this one, standard oversize tubing, pretty light. Frame came out a little over 3 lbs. I'll have some pictures here soon of it built up with campy chorus. Should be a fabulous little bike.


In the mountain bike world, one of the greatest races around was this weekend, the cable classic. Been doing this one for a long time and this year was by far the best weather for the start that I can ever remember having. Sunny and probably around 50. I geared lower this year simply because I was too lazy to take my usual 34-19 gear off, but it felt great for this race. The start is always a mad dash on a singlespeed since there's about a 2 mile dirt road roll-out. Amazingly I made up a lot of ground in the start and probably picked up about 50 places from where I was positioned in the gate.
Once you're in the woods at the cable classic, you're in the woods for a while. The race is basically 23 miles of singletrack with a couple short fire-roads in between. There were quite a few downed trees this year due to recent storms, which meant dismounts. There seemed to be a lot of grumbling by the mtb boyz around me about the dismounts, but I was in full CX mode and started using them as opportunities to easily pass folks in the singletrack. Seemed like I could pick up three places at each one.
About 20 miles in I suddenly found myself alone, which was odd. There had been a pretty steady stream of riders all through the race, but they seemed to all be popping near the end, so I dropped the hammer as best I could to get as much lead as possible before the long railroad grade finish (which really sucks on a singlespeed). It must have worked or the other riders took pity on me for being foolish enough to race singlespeed because nobody passed me the whole time. odd. Anyways, came in 57 overall, which I was pretty happy with. Was still minutes behind the fast kenwoodies, but they train and stuff... and were on gears. Great racing to all the Kenwoodies up there!

Highlight was having someone cheer for me saying "yeah, go Ezra!!!" Guess k-racing jersey and rigid single = Ezra. They must have thought Ez shaved his beard, grew hair on his head, got taller and a lot slower.

That's a beautiful frame! No room for error with no paint!

That's stunning, Bob. No room for error when there's no paint!

That bike is gorgeous!

They thought you were Ezra because you were going too fast to be BBBB.

Congratulations Bob, the Frame looks excellent. You did a great job! What Fork will be used in the bike? As for my knowledge there are no stainless forkblades available in the market.