I've been working on a strange project lately. I was approached by a publisher from Australia about being part of a book she's publishing on "Bespoke Bikes". How could I resist. Part of the deal was needing some large-format pictures of my work. Unfortunately a lot of my pictures from the past are sized for web-applications not large-format printing. So I went through and pulled what I could from my archive and then set out to take some new ones. I didn't have time to get an good action /riding pictures, but I thought I'd share what I had. At least give you something new to look at on this blog! I'll warn you, if you click for full-size, they're big files. 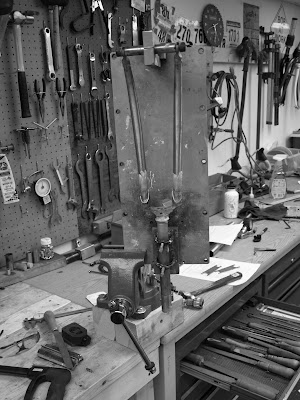 Stainless lugged BB sport tourer with Campy Centaur triple group. This one is for sale, email me for details or watch the blog for more into. it's a 60cm seat-tube x 58 top tube. 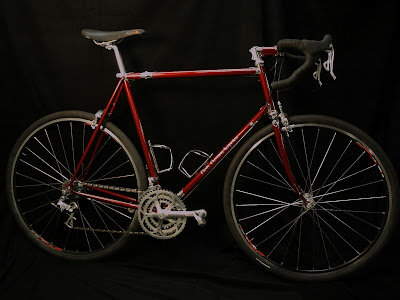 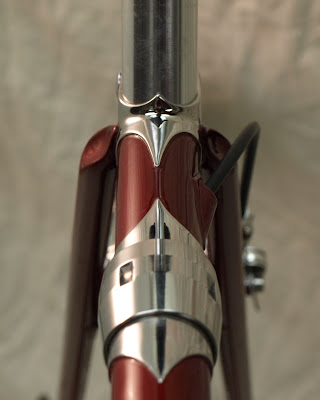 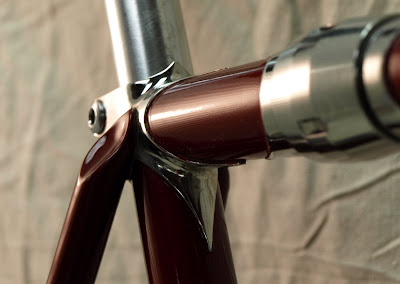 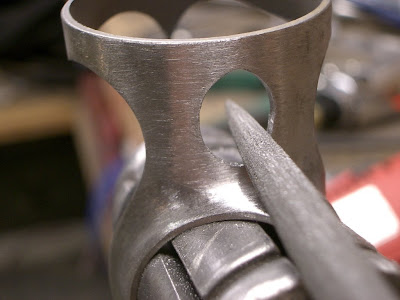 Fitting up fastback seatstays prior to brazing 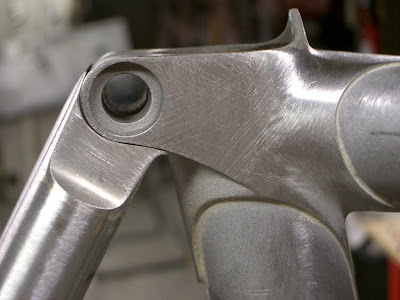 Custom tandem Eccentric shell, I like the contrast of the paint to the grass! 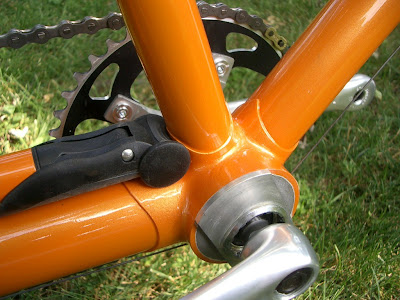 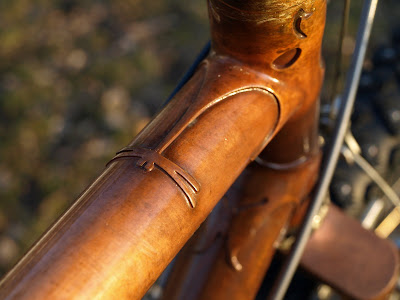 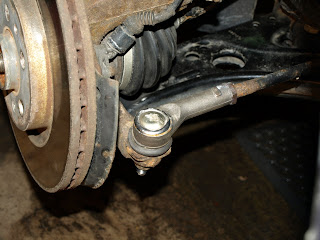 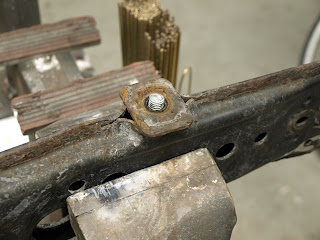 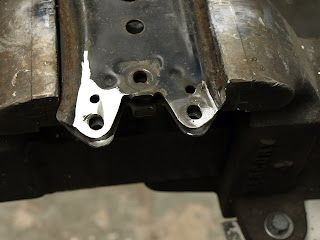 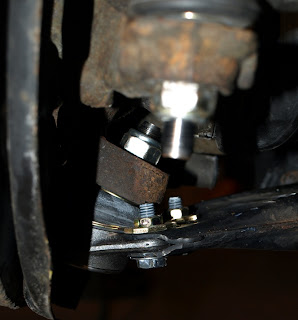 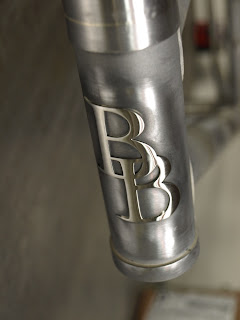